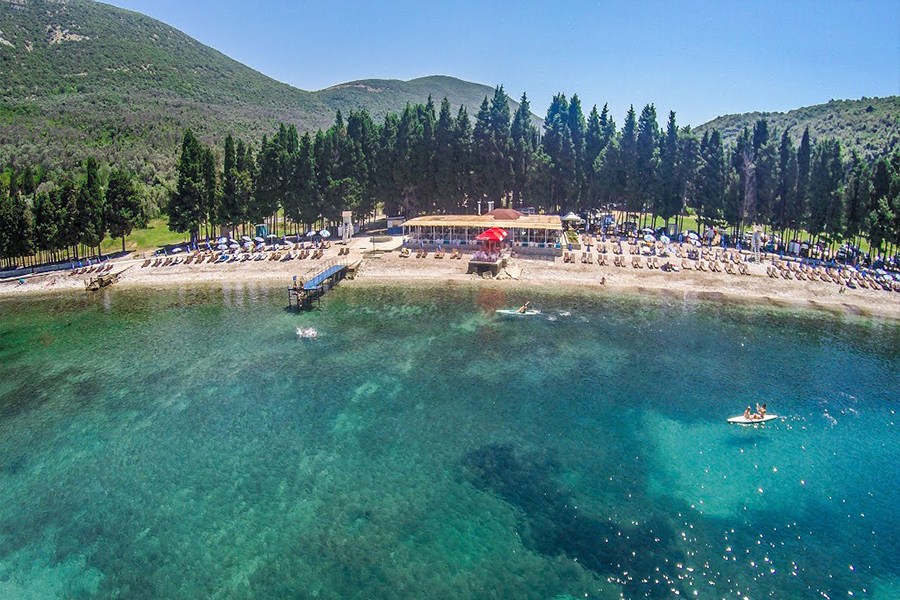 An ancient main harbor for many pirates sea battles.
Openned to all ages
Best from June to mid November
2 reviews

Don’t miss visiting Valdanos whilst your stay in Ulcinj. The cove Valdanos is situated 5 km north-west from Ulcinj. Was an important port for pirates to hiding in. It is located between two hills, the Mavrijan and the Mendra.

On the land near of Valdanos beach are many olive groves.

The beach is covered with big round stones, both on the land and in the water. In the background is a tourist settlement consisting of bungalows, as well as restaurants located in the olive groves. The beach is 400 m long, and its edges are made of stones and rocks, arranged ideally to suit fishermen’s dreams, but also those of the divers, and deep-sea explorers. The sea is clean and dark green.

Why is Valdanos a good place to visit?

It used to be a main harbor of the Ulcinj pirates and the place of many sea battles. Well-informed people claim that that cove hides the remains of sank ships from the Greek and Roman period and medieval period also.

Cove Valdanos is a real den of olive trees. Because of the fact that in that cove there are 80.000 olive trees, for Ulcinj it is often said that it has olive climate. Compared to other coves, this one is protected from the South and North winds, and it has often served as a shelter.

A romantic nature beach with rocks, calm not many people, in the low season; also a cafe-bar is there and a large parking; the sea is cristal clear and you see the small fishes a nice beach to go.

Amazing beach, close to wilderness and nature. "The beach is located about 7 km from the city of Ulcinj. You can either drive there by car or walk by foot (which we did and recommend). Walking from the city beach, from the large roundabout called Sheshi i Ullirit turn left into Ymer Prizreni. There is no separate path, just follow the road's shoulder. The road has very little traffic, but watch out for the cars - some drivers don't really respect pedestrians' space. Along the way there are countless olive gardens, with some trees aging more than 1000 years old. Some farmers have special tabled with olive oil displays where you can buy their home-made products. At one point the road splits into two. The left one takes you up to an inhabited lighthouse, this viewing point gives you an excellent look at the surrounding sea, rocks, cliffs and mountains. I can recommend this and it's a great opportunity to take some stunning photos. The right path leads you to the Valdanos beach. This beach is a part of an ex-military Jugoslavian recreation complex, which now seems completely abandoned, leaving the beach free for everyone's use. There is one bar/bistro at the beach which offers drinks and some local cuisine. The beach is made of medium rocks, no sand. The western side was very clean, free of seaweed and very clean. The eastern side was more rocky, and when I dived there I could see lots of crabs and sea urchins - definitely bring a pair of swimming shoes.. The water is warm and crystal clear, the surrounding rocky cliffs look amazing. Apart from us, there were about 20 other tourists." 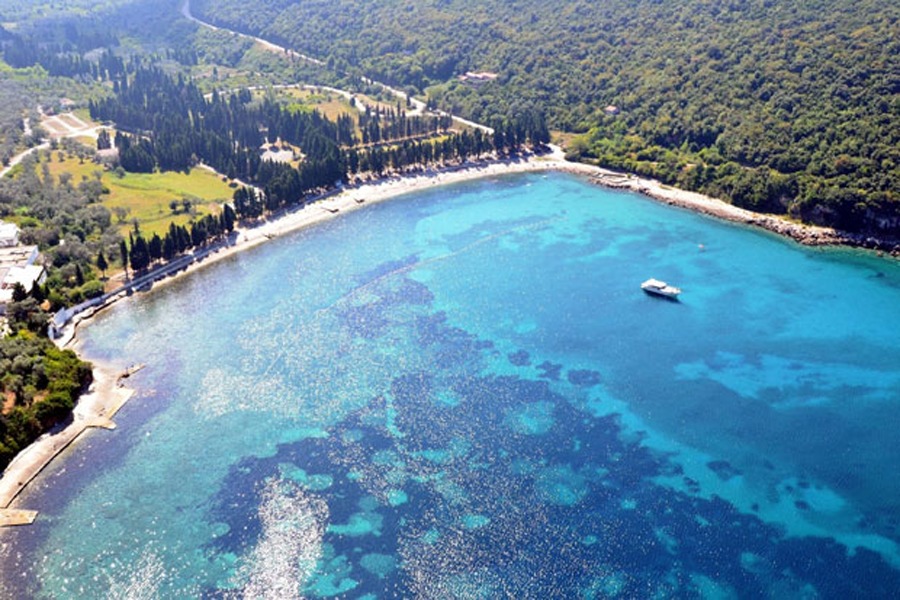 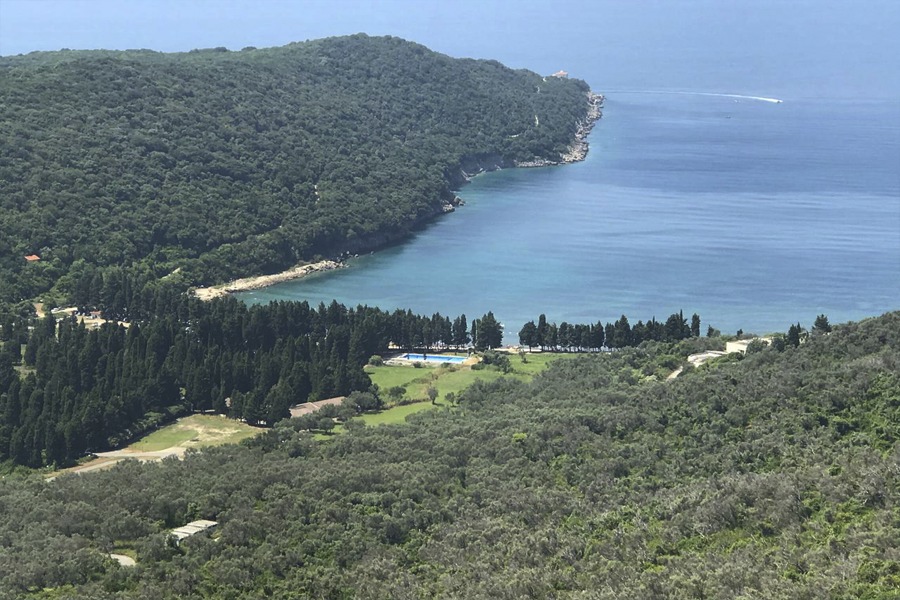